Are Hearing Loss and Dementia Related? 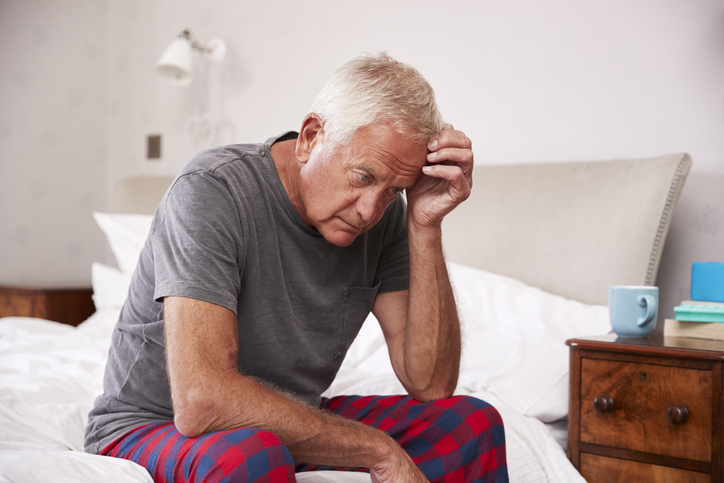 It’s not uncommon for hearing to degrade with age - in fact, gradual hearing loss is a natural part of growing older.

However, many of our patients worry that the hearing loss they are experiencing may be an early indicator of dementia or some other type of neurological disease.

Are these fears unfounded?

Or is there a proven link between hearing ability and cognitive decline?

Exploring the Link Between Hearing Loss and Dementia

Recent research has confirmed that hearing loss is independently associated with dementia. However, this link isn’t necessarily causal.

More research is needed to determine the exact relationship between these two medical conditions.

But here’s what is known:

Part of the increase in dementia cases stems from our longer life expectancies. Cognitive decline is normally associated with advanced aging. So as we live longer, reported cases of dementia are on the rise.

This uptick is partially why the medical community long assumed dementia was “neither preventable or treatable.” There’s no cure for aging, and thus, no cure for dementia.

But according to new research, part of this trend may also stem from our increasingly unhealthy lifestyles. In a recent analysis published in Lancet Medical Journal, a panel of 24 experts systematically reviewed cases of dementia. This study uncovered nine separate “risk” factors that were closely correlated with this neurological disease, including:

All these potential risk factors had been examined in the past, but during this most recent study, researchers explored the role of hearing loss in much greater detail. They determined that even a mild hearing loss can dramatically increase cognitive load on the brain.

In layman’s terms, this means listeners must work harder to hear and process auditory information which creates additional strain within the brain, leading to more rapid deterioration of one’s mental faculties. There is also growing evidence that hearing difficulties can lead to social isolation and depression – both of which are dementia-related risk factors in their own right.

At first glance, these findings can be worrisome. Instead of having one risk factor to manage, potential dementia candidates now have to juggle several. This is in addition to the natural aging process that affects all of us.

However, there is some encouraging news from this research.

Hearing Loss and Cognitive Load Are Both Manageable

For years, the medical community believed that after a certain age, the brain’s neural pathways were set in stone.

As the saying goes, 'you can’t teach an old dog new tricks'.

It was also commonly believed that discrete regions of the brain were responsible for very specific tasks. So an illness or injury to the “language” center of your brain, for example, meant potentially losing the ability to speak.

However, the Lancet dementia study joins a growing body of medical literature that suggests the brain is far more plastic than anyone realized. Neural pathways are not set in stone, meaning it’s possible to rewire and change the brain over time.

Certain behaviors, environments and stimuli can alter the brain in undesirable ways, creating conditions that can lead to dementia - but, it’s also possible to rewire the brain in beneficial ways as well.

And, because the brain is ultimately responsible for sound processing, this means that – with sufficient rewiring – it’s possible to improve one’s ability to hear.

While it’s true that certain regions of the brain do specialize in language processing or problem-solving, the lines are far more blurred than anyone realized. This means changes in one area of the brain can alter performance in other, seemingly unrelated regions.

For example, mild hearing loss can:

For those with hearing loss, challenges like these occur daily, and over time, they inevitably lead to greater fatigue, frustration and embarrassment – until it just becomes easier to stay out of conversations altogether. But this withdrawal happens precisely when social support is most critical. After all, isolation is a leading risk factor for dementia.

Just as changes to the brain can decrease cognitive performance, they can also enhance it as well. And this fact is central to our hearing loss treatment philosophy.

How We Treat Hearing Loss and Cognitive Load

At The Hearing Solution, our goal is to help patients hear with maximum clarity and minimal effort.

We accomplish this by thoroughly screening you to determine the type and severity of your hearing loss. More specifically, we analyze those situations that give you the greatest difficulties before designing a treatment solution to help you navigate these trouble spots.

Due to the personalized nature of our testing, the exact treatment options vary from individual to individual. But in most cases, sound amplification (through hearing aids) consistently provides our patients with the clarity and confidence they need to actively participate in conversations.

For optimal results, however, we conduct all of our diagnostic testing in noisy environments that simulate the real world. This is in sharp contrast to the sterile, quiet settings in which most audiologists conduct their screenings which rarely yield accurate results and often leads to the patient not wearing any hearing aids at all.

But even the best sound amplification in the world isn’t always enough. This is because the brain is a muscle, and without proper exercise, it can atrophy and lead to any number of neurological complications – including hearing loss and dementia.

The converse is also true. With regular training, it’s possible to:

There are many tools that can help. But at The Hearing Solution, we’ve consistently received the best results from clEAR. This interactive training tool comes with a series of games designed to improve your ability to:

In effect, clEAR helps to improve your hearing while simultaneously reducing cognitive load.

Have Questions About Hearing Loss and Dementia?

If you or a loved one exhibits early signs of hearing loss, you may be worried that this could be linked to dementia.

In the past, most would’ve accepted this as a natural, inevitable part of aging. But with the right approach, it’s possible to slow down – and potentially reverse hearing loss. By reducing cognitive load, it’s also possible to lower your risk for neurological diseases like dementia.

To learn more about our unique approach to hearing loss treatments, schedule an appointment with us today.

Tinnitus: Why Does It Happen?
Back to School, Back to Hearing and Processing
What the Medicare Audiologist Access and Services Act Means for You
What is Amptify and How It Can Benefit Your Hearing
How to Protect Your Hearing From Fireworks

Friendly, professional, and honest. They hugely helped me navigate what steps to take to improve my misophonia (not tinnitus)